The ULTIMATE Back to School Book List for Kids from Oshkosh Public Library!

Oshkosh Public Library’s Children’s Librarian Matthew has some awesome book recommendations for tots to tweens. Kick-off the school year with stories that will capture your child’s imagination and ease some of those first-day jitters.

Becoming Vanessa
By Vanessa Brantley-Newton
Vanessa dresses to impress on her first day of school! But her bright outfit and long, hard-to-write name leave her dismayed by the end of school. Bright, textured, mixed-media illustrations complement the energetic, emotional, and ultimately affirming story about starting school.

Lena’s Shoes Are Nervous
By Keith Calabrese and Juana Medina
It’s the first day of kindergarten, and Lena is excited! There’s just one problem: her shoes are nervous. Find out how Lena comforts and encourages her shoes in this imaginative, funny, and empowering story about first day of school jitters.

Henry At Home
By Megan Maynor and illustrated by Alea Marley
Liza and Henry aren’t just siblings – they’re best friends! But when Liza leaves Henry behind to begin kindergarten, he feels angry and alone. While change can be tough, growth and love eventually win out in this unique, heartfelt look at starting school from a younger sibling’s perspective.

School’s First Day of School
By Adam Rex and Christian Robinson
In this hilarious story, people aren’t the only ones with first day of school jitters: the school building is nervous too! After a rough start, Franklin Douglass Elementary isn’t too sure it likes children. Find out if the day turns around in this perfectly illustrated twist on a first day of school story.

We Don’t Eat Our Classmates!
By Ryan T. Higgins
Penelope Rex can’t wait to start school. There’s just one problem… all her classmates are children! Lumpy, cartoonish illustrations combine with the hilarious text for a story that’s laugh-out-loud funny and teaches about empathy to boot.

My First Day
By Nguyen Quang Phung and Huynh Kim Lion
The fears and hopes of first days are vividly brought to life as a young boy makes his first solo journey on the Mekong River. Lush, energetic illustrations bring the story to life. In the back, maps, facts, and notes will satisfy the curious reader.

Little Ghoul Goes to School
By Jef Czekaj
Nervous before school, Little Ghoul’s mother reassures her that school will be just horrible. But when the weather is nice, the teacher is friendly, and someone wants to be her friend, Little Ghoul’s worst nightmare may have just come true! With bold illustrations, this story of reversals is giggle-inducing.

Little Bat in Night School
By Brian Lies
Excited but anxious, Little Bat is going to night school! But when the other bats exclude him from their play, will Little Bat be able to make a friend? With wonderfully detailed illustrations, readers will find comfort in this warm story about finding friends and fitting in.

All Welcome Here
By James Preller and illustrated by Mary GrandPre
This collection of connected poems celebrates the people, activities, and emotions that intermingle on the first day of school. The expressive language paired with the spirited, mixed-media illustrations add up to a vibrant depiction of the anxieties and excitements the first day of school brings.

I Got the School Spirit
By Connie Schofield-Morrison and illustrated by Frank Morrison
Full of joy, exuberance, and movement, this story celebrates everything “first day of school!” The rich oil painting illustrations along with the rhythmic, onomatopoeic text capture the enthusiastic energy of our narrator as she goes about her school day.

Everyday Disasters and Impending Doom
By Booki Vivat
A worrywart by nature, Abbie Wu’s anxiety is off the charts as she starts middle school. Will she be able to adjust and find her “Thing?” Abbie narrates her story with humorous melodrama and exaggeration, which pair perfectly with the cartoon illustrations.

The Tornado
By Jake Burt
Ever since fourth grade, Bell has done everything he can to avoid diabolical bully, Parker. But when new student Daelynn becomes Parker’s new target, Bell must make a difficult choice. With believable characters and a satisfying conclusion, this tale of cooperation, problem-solving, and empathy is sure to please!

Deadman’s Castle
By Iain Lawrence
Igor’s family has been on the run since he was five, fleeing the wrath of the shadowy Lizard Man. Now 12, Igor finally has a chance to have a normal life at a normal school; until the Lizard Man returns. This suspenseful twist on a back-to-school tale will have readers racing to reach the end.

Merci Suárez Changes Gears
By Meg Medina
This engagingly written coming of age story follows Merci as she navigates the dangers of sixth grade along with stressful changes at home. Readers are sure to connect with honest, relatable Merci as she struggles with change and growing up. Be sure to check out the sequel, Merci Suárez Can’t Dance!

Real Friends
By Shannon Hale and LeUyen Pham
In this graphic memoir, author Hale recounts her struggles with friendship and popularity, particularly when she and her first friend, Adrienne, go through a rough patch. The bright, detailed illustrations capture the emotion of the story, especially the depictions of body language and facial expression. A winning story of navigating rocky relationships at school and at home.

Genesis Begins Again
By Alicia D. Williams
Every time her family is evicted, Genesis has to start her life all over again. But Genesis may have found a glimmer of hope at her new school as she connects with a supportive teacher, compassionate friends, and space to explore her singing talent. Powerfully emotional, readers can’t help but cheer Genesis on as she grapples with family struggles and self-acceptance.

Ahmed Aziz’s Epic Year
By Nina Hamza
Ahmed’s life is turned upside down when his family relocates from Hawaii to Minnesota so his father can receive much-needed medical treatment. The change in climate – both literal and social – is tough on Ahmed, but he finds solace in the unlikeliest of places: the books of his language arts class. Poignant and relatable, Ahmed will win over reader’s hearts and keep them engrossed until the end.

Amari and the Night Brothers
By B. B. Alston
While searching for clues for her missing brother, Quinton, Amari gets recruited to the Bureau of Supernatural Affairs and pulled into a world of magic and mystery. Packed with action and danger, readers will root for Amari as she navigates this new world with determination and courage.

New Kid
By Jerry Craft
Being the new kid is hard enough! But at Riverdale Academy, Jordan Banks is also one of the few non-white students and faculty; adding layers of difficulty as he endures assumptions and microaggressions from both faculty and classmates. Engrossingly told, this graphic novel is brutally honest and hilarious all at the same time.

Awkward
By Svetlana Chmakova
Art and science clubs clash in this first graphic novel of the Berrybrook Middle School series. Charming illustrations and engaging characters combine in this hilarious series about day-to-day life in middle school and all the perils that go along with it.

Looking for more ideas? Call the library at (920) 236-5208 or visit the Children’s Department at 106 Washington Avenue. Customized book bundles are also available for children and adults – pick them up on your schedule! 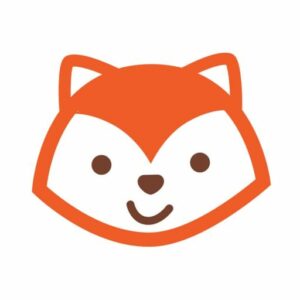 Have a story idea you'd like to submit? Are you interested in becoming a guest writer for Go Valley Kids? Send us an email at editor@govalleykids.com!
All Articles »

Get weekly tips for Oshkosh families to your email!

Things to Do
Parks 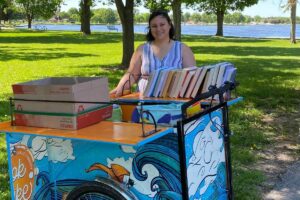 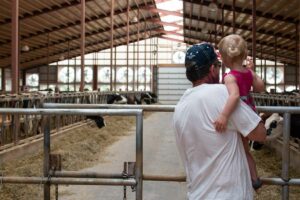 10+ Things to Do in Oshkosh for Father’s Day! 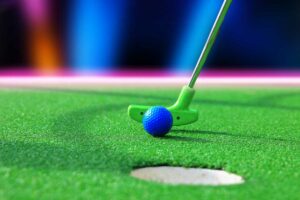 NEW Glow in the Park Indoor Mini Golf in Oshkosh is Opening in July! 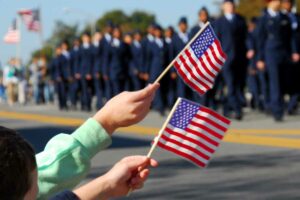 Things to Do with Kids in Oshkosh this Memorial Day!